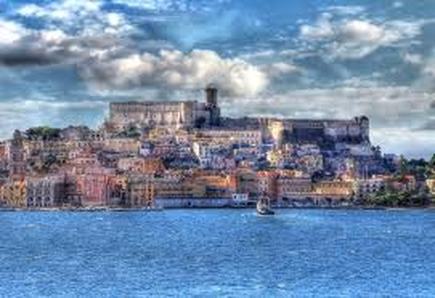 John Cabot came from humble beginnings. His father who was a seaman learned to sail as a merchant. With these skills he sailed across the Mediterranean. He and his wife made their home in Genoa or Gaeta, Italy (the exact place is not known for sure). Then, in 1450, his wife gave birth to a baby boy. They gave him a traditional Italian name, Giovanni Caboto.

As Giovanni grew up he heard many great things about the explorer named Columbus. Like kids today wanting to be super heroes, Giovanni wanted to be an explorer. He also idolized his father who was an expert mariner. From his father, Giovanni learned about navigation, cartography, seamanship, and mathematics. By the time he was grown up, he had learned what it took to be a sailor. http://historyforgrownups.com/subjects/johncabot.htm

When Giovanni turned eleven, in 1416, he moved to Venice, Italy with his family. There, he was married to a wife. He became a citizen of Italy in 1476. With his wife he had three sons, Lewis, Sebastian, and Santius, who would later accompany him on his explorations. Giovanni Caboto had a very substantial problem though, at the time Italy was not interested in the supposed western trade route to Asia that had been discovered by Columbus. No one in his country would fund him the money for a ship and crew.

It became clear to Giovanni that if he was to be able to carry out his explorations he would need to go where the money was. That is why he moved with his wife and sons to Port Bristol, England, and with moving to England he changed his Italian name to a more British one. Henceforth, Giovanni Caboto became known as John Cabot.